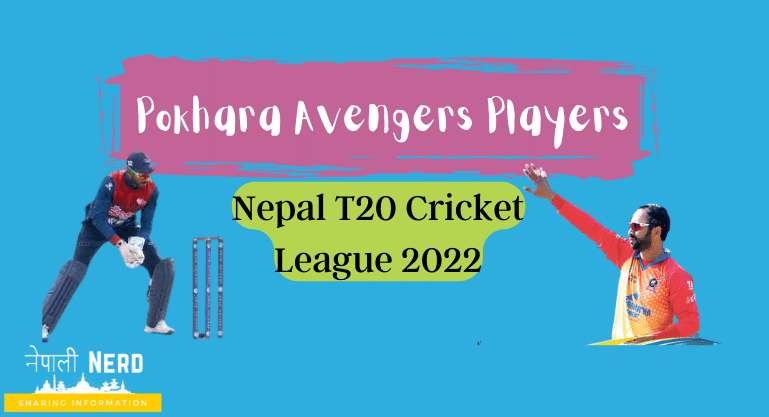 The cricket league, starting this month, will see many experienced National and International players. Pokhara Avengers Players list below.

A team from Pokhara is the only team with a marquee player and an A-grade player.

Today on 11th September, local players have been announced. And hopefully, by tomorrow, we will see which international players will play in this tournament.

It is expected that many Sri Lankan players are participating in this cricket league in Nepal.

These are 11 confirmed players of Pokhara Avengers that will play in the upcoming Nepal T20 Cricket League 2022.

We will update it as soon as possible after we get the official list.

Overseas Players in Nepal T20 League for Pokhara Avengers are: