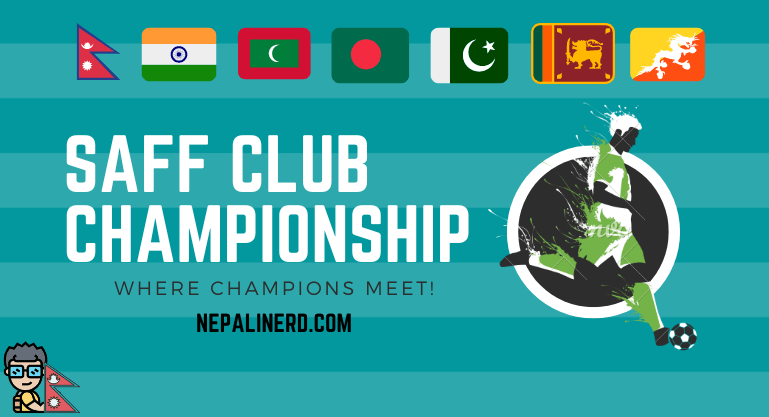 As the name suggests, this is a tournament between champions. All the league winners from 7 SAARC nations will participate.

As of September 2022, the venue, date, and time have not been finalized. We will update you as soon as there is an update on this topic.

The SAFF committee has also finalized that this year’s Men’s SAFF championship will likely be postponed and played in 2023.

Here is some information about the new SAFF Club Championship 2023. I think this extra international game time will add experience and confidence to Nepalese and other nation’s players.

As of now, very little information has been released by the SAFF committee including only information on the host nation and teams that will participate in this tournament Saff Club Championship which will be held in the year 2023.

This will be an exciting experience for the football fans as they will now see their favourite clubs competing with SAFF-affiliated nation clubs.

The clubs participating in this tournament are the winners of their respective leagues. Like Machhindra FC will represent Nepal as the winner of last Martyr’s Memorial A-Division League.

The good news is team Pakistan will now participate in all international tournaments including SAFF Club and Country’s championship, they’ve been banned by FIFA previously.

A total of 10 clubs from 7 nations will participate in the first edition of the SAFF Club Championship which will be held in Bangladesh in 2023.

Such tournaments will be crucial to maintain and boost the sportsmen’s spirit for the game and experience. As there is no hiding that the South Asian team’s performance in Asian Championships is less than impressive.

We hope this viewership and players gain new experiences from this tournament.